ERC grants: Good news for EU-LIFE centres, but with a bitter aftertaste

EU-LIFE European research centres obtained 14 new ERC Starting and Consolidator grants in the latest competitions, which takes the total of ERC-funded grants currently running in centres belonging to the alliance to over 100. As a whole, EU-LIFE partners have a success rate of at least three times higher than the general success rate of ERC Starting and Consolidator grants (over 33% compared to an average of 10%). But this news comes with a bitter aftertaste, as the announced cuts in the Horizon 2020 budget (including ERC) due to the so-called Juncker’s plan may now jeopardise Europe’s competitiveness in future research and innovation.

EU-LIFE research centres have again demonstrated their excellence, creativity and competitiveness in ground-breaking basic science by achieving a high success rate in the European Research Council (ERC) calls. Institutions including the VIB (Belgium), Babraham Institute (UK), CEITEC (Czech Republic), IGC (Portugal), MDC (Germany), Institut Curie (France) and CRG (Spain) are among the hosts of the leading young researchers (aged 32-45) who have proven the quality of their research and now secured ERC funding. The winning proposals cover topics in neurosciences, immunity and inflammation, structural biology and human disease, developmental biology and metabolism, host-pathogen interactions, chromosome architecture and genome segregation, and the regulation of gene expression (a complete list can be found below).

The number of ERC grants achieved by a centre and its investigators is a solid indicator of its scientific excellence, as these grants fund the best researchers in Europe. Since its creation in 2007, the ERC’s mission has been to foster excellence in science in new and promising areas of research, thereby promoting competitiveness of European research institutions at a global level.

“These results are good news for EU-LIFE partners. They show we are at the forefront of excellent research in Europe,” states Luis Serrano, chair of EU-LIFE and Director of the Centre for Genomic Regulation (CRG). “But our celebrations are dampened because we know that the announced cuts will endanger the future competitiveness of European science”.

With a total budget of € 13.1 billion for the period 2014-2020, the ERC is within the first pillar (‘Excellent Science’) of Horizon 2020, the EU programme for Research and Innovation. The ERC funding scheme has proven to be essential to attract the best investigative talent to work in EU centres and to retain some of the top scholars. Only this year, three of the scientists selected for ERC Advanced Grants were also awarded Nobel Prizes; and one of the youngest Nobel Laureates in Physics was a holder of an ERC Starting Grant at the time.

These funds have turned Europe into an interesting place to do research, competing with the US. And for many institutions and scientists in EU countries, including in Southern Europe, ERC grants are now the only viable source of funding for basic research.

“With over 100 PIs at EU-LIFE affiliated institutes having been awarded an ERC grant, it is fair to state that ‘investigator-driven’ funding schemes have proven to be very useful to enable Europe’s brightest minds to conduct competitive frontier science. In the face of global competition it is essential to maintain at least the same standard in the years to come”.

“The ERC plays an essential role in research institutes in Europe. Without ERC many of our research groups will not be internationally competitive”, adds Serrano.

Thus, the announcement made last November by the President of the European Commission, Jean-Claude Juncker, of diverting €2.7 billion from Horizon 2020 to fund new innovation projects under the European Fund for Strategic Investments (EFSI) has generated concern among EU-LIFE centres. A significant part of this money will come from the ‘Excellent Science’ pillar of H2020, which may lose €544 million to the EFSI. The ERC alone is predicted to be cut by €221 million, with most of the losses coming in 2016 and 2017.

“H2020 success rates are already extremely low, in fact at a critical level of less than 3% where random effects determine who is funded. Currently, many top researchers and projects go unfunded. A reduction of the budget by Junker’s plan will reduce the success rate even further. The repercussion is that a large number of leading scientists in Europe will spend a significant amount of their time writing grants that have an absurdly low chance of success”, considers Serrano.  “The situation is extremely deleterious for the competitiveness of European science”.

If the cuts of the H2020 budget are finally imposed, they may jeopardise the newly gained European competitiveness. It is a disaster for European research and innovation, at a time when China, Brazil, Korea, India and other countries are massively investing in R+D.

As Serrano says, “It is a contradiction that at a time when Europe wants to create jobs and be competitive, money for research and innovation - which creates qualified jobs and gives an edge to Europe competitiveness - is cut, in theory to promote the same through a different and untested scheme.”

Bury comments: “Investing less in Europe’s flagship programmes such as the ERC is probably the worst thing to do in the current economic instability. It should be the other way around: only by making even larger investments in competitive areas are we going to invert the spiral. Europe has successfully built a solid reputation as a leader in the knowledge-based sectors that are driven by research and innovation. This is particularly true for the life sciences and biotech. Executing Juncker’s budget cuts are likely to jeopardise all that.” 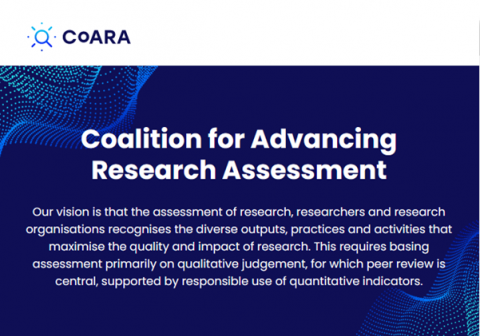 EU-LIFE signed today the Agreement on Reforming Research Assessment in Europe and is committed to be an active member of the new Coalition for... 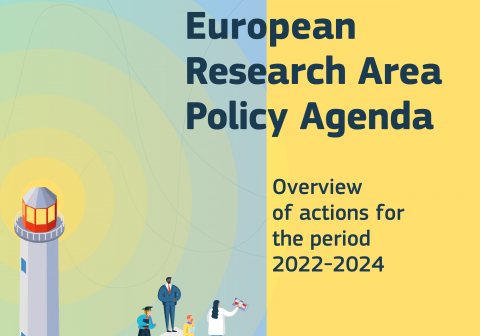 EU-LIFE’s policy work towards the advancement of the European Research Area ( ERA ) this year focuses on giving a voice to independent research... 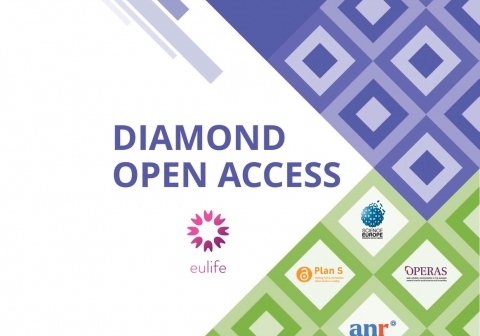 In order to develop the EU-LIFE community’s expertise on the Diamond Open Access model (DOA), we invited Lidia Borrell-Damian , Secretary-General of...