The EU Open Science Policy Platform (OSPP) released its  final report providing an overview of its four-year mandate from 2016 to 2020 and suggesting future directions on implementation of open science. Represented by Michela Bertero (CRG) at the OSPP platform, EU-LIFE was one of the 25 key stakeholders contributing to a constructive and comprehensive approach to open science in Europe in this platform launched by Commissioner Moedas in 2015.

The final report comprises an update on progress by each stakeholder group over the past two years since the publication of the OSPP’s recommendations across the European Commission’s eight ambitions on Open Science: open access, open/FAIR data, European Open Science Cloud, citizen science, training, rewards and incentives, indicators and metrics, research integrity. It includes examples of progress (“Practical Commitment for Implementation, PCI”) by each stakeholder group across Europe, followed by a perspective on the major outstanding obstacles to progress and possible next steps. The report also announces the launch of a registry for pilots and implementations on the use of responsible metrics in research and researcher assessment. The registry will be an important legacy of the OSPP, now embraced by the Research Data Alliance, to set up pilots, new policy implementations and infrastructures, and to share the learnings from these activities. Finally, the stakeholder group proposed a vision for moving beyond Open Science to create a shared research knowledge system by 2030, characterized by five key elements: an academic career structure that fosters outputs, behaviours and practices towards Open Science; trustworthiness; innovation; diversity and equal opportunities; and evidence-base policy.

Open Science remains a priority in EU-LIFE’s agenda. EU-LIFE’s active contribution to the EU Open Science Policy Platform prompted EU-LIFE institutes to prioritize Open Science and to provide the European Union with constructive feedback from research institutes on the different stages of policy-making and implementation.

Examples of EU-LIFE initiatives include active promotion of open access to scholarly publications by enforcing institutional policies and exchanging good practices to incentivize and support researchers for open access; promotion of open debates with the community on the key areas of open science and contribution to policy making, such as on Plan S; and sharing good practices in FAIR data. In addition, several EU-LIFE members teamed up to develop transversal projects such as ORION Open Science, aimed to explore how research and funding organisations can open up the way they fund, organise and do research.

“The work with the OSPP has been intense and rewarding, kicking off new ideas – such as the creation of an Open Science coordination council among European Member States – as well as new collaborations and networks”, comments Michela Bertero, EU-LIFE representative in the OSPP. “A similar platform as the OSPP to gather input from multiple stakeholders would be fundamental also in Horizon Europe to continue together the efforts towards a genuinely open research environment”. 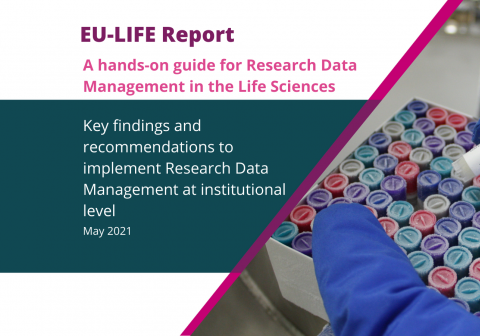 EU-LIFE recommendations on Research Data Management in the life sciences

How to manage research data as part of a good scientific practice? Recommendations from the EU-LIFE institutes. 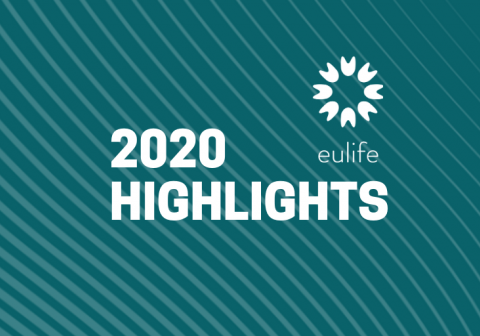 2020 was definitely a landmark year. Find out our 2020 highlights in European science policy, Institutional practice and expertise and in EU-LIFE strategy. 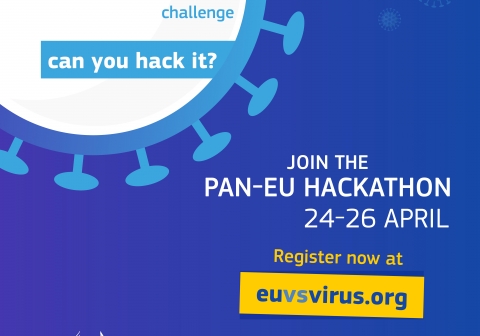 The European Commission on 14 April launched a call for participation in #EUvsVirus - a pan-European Hackathon to connect civil society, innovators, partners and investors across Europe in order to develop innovative solutions for coronavirus-related challenges.